Last Saturday, I met some fellow paddlers at the seldom used boat ramp on the east side of the Oahe Dam. There was Chuck and Dave from Pierre. Diana, from Pickstown, was paddling with Chuck. Matt from Canton and Roger from Brookings.

Saturday morning I dropped my boat off with Chuck and helped him load his boat and mine onto his car. That's right, the Honda Fit carried an 18' tandem and 17' sea kayak simultaneously! I then went out to Oahe Downstream to reserve a campsite for Roger, Matt, and myself for Saturday night.

About 20 till noon, I headed out to Ft George Recreation Area to meet up with Roger and Matt. Dave, Chuck, and Diana would be meeting us at the Oahe Dam east boat ramp. Chuck and Diana also dropped Diana's vehicle off at the American Legion for an earlier take out. I think we began the cruise around 1 PM.

Earlier in the week, the Corps of Engineers found and removed many buffalo skulls, bones from a sand bar near the stilling basin. They missed at least one. 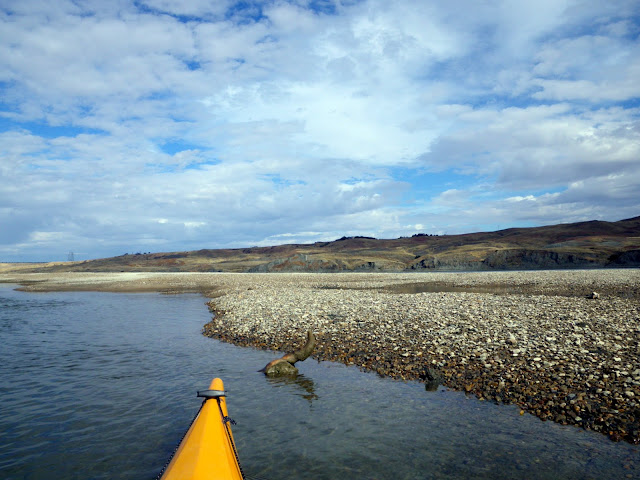 The forecast was for calm winds, but the wind started to pickup as we approached the Pierre city limits. Strangely, it calmed down after Chuck, Diana, and Dave got off the river at the causeway to La Framboise Island.

Not too much exciting to report. A small rainstorm passed us by during the cruise and brought with us a stiff tailwind that produced the biggest waves either Roger or Matt had been in. We also had the privilege of seeing a double rainbow. 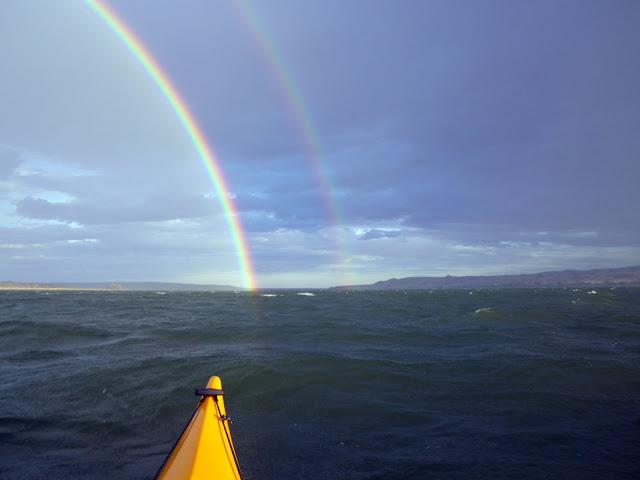 My GPS had us covering 26.66 miles on the day as we finished with the sunset. After the the long paddle, we chose to have supper at Mad Mary's steakhouse rather than try to cook something at the campsite.
Posted by Pat Wellner at 6:56 PM