About a week ago I received an email from Cory Diedrich, inviting me to join him, his family, and his sister on a cruise on the Niobrara River for today. I was leaning heavily towards joining them until Saturday. I let Cory know that I should probably stay in Pierre for a combination of reasons that included the wind forecast for Valentine having 30+ mph gusts. The wind forecast was enough to dampen the Diedrich clan's plans. They decided to join me for a paddle in Pierre.

We took a leisurely pace to enjoy the day on our way downstream. The high temp was in the mid 90s and the wind was from the southeast in the mid teens with 20 mph gusts, relatively calm for my trips. We made a few stops at sandbars along the way and noticed many buffalo/bison bones and teeth in the water just downstream of the stilling basin. When we reached the causeway boat ramp, we helped Cory's wife, Janey, and his sons, Sam and Aiden, over the causeway as a shorter option to our trip. Cory, Dee, and I continued on around the La Framboise island and back up to Griffin Park. Our total mileage was 11.3 miles. 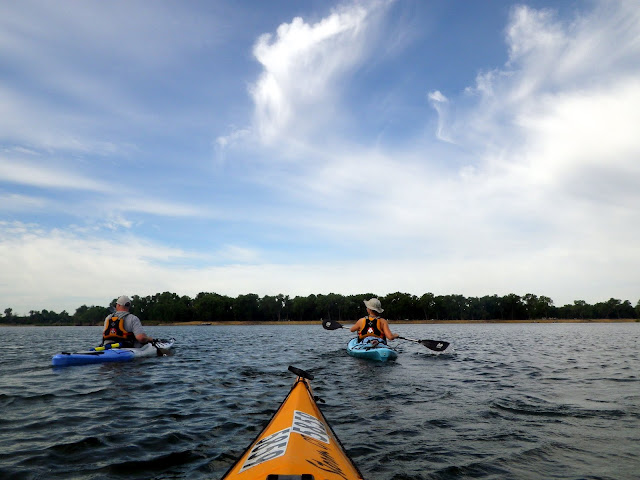 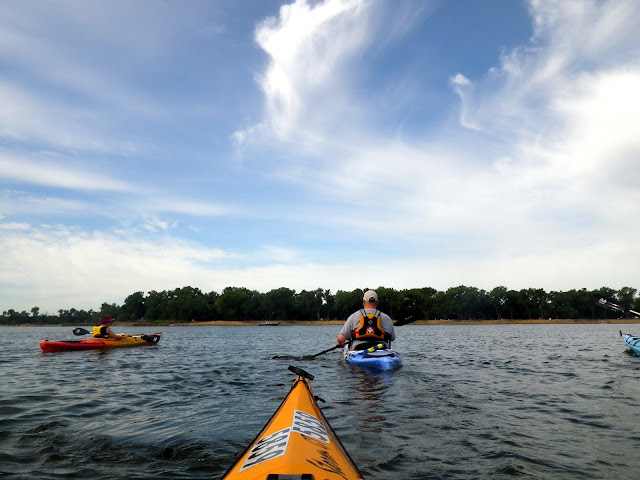 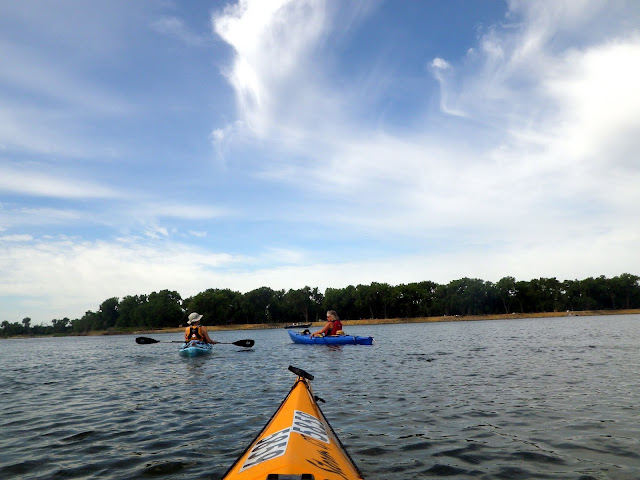 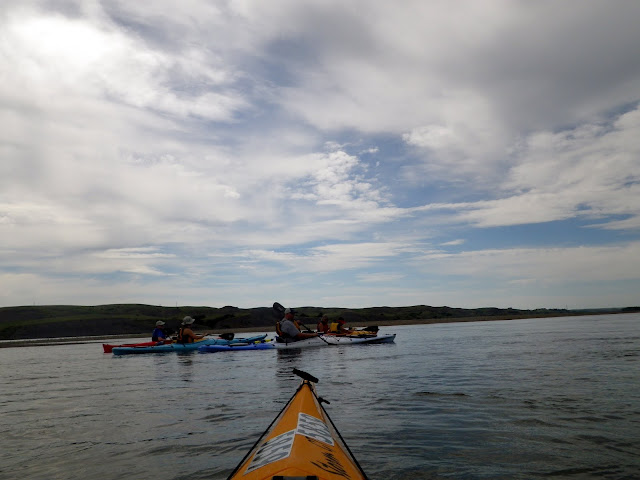 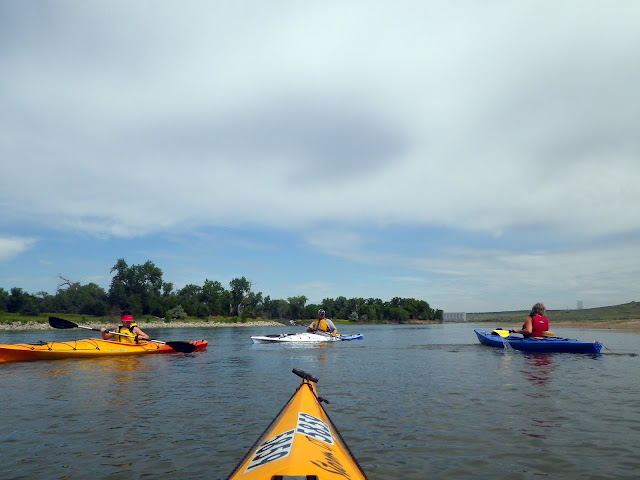 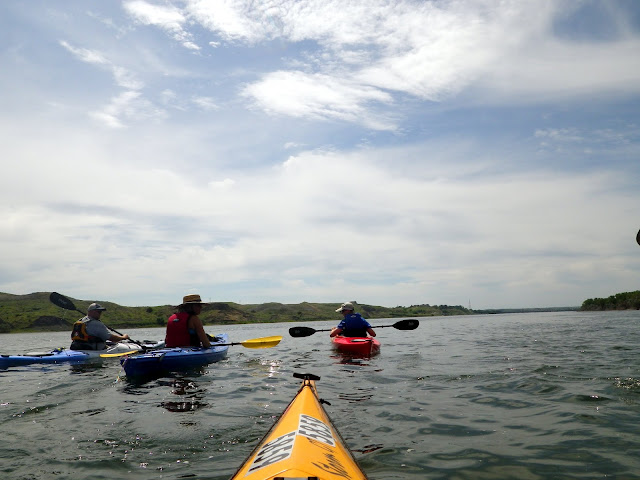 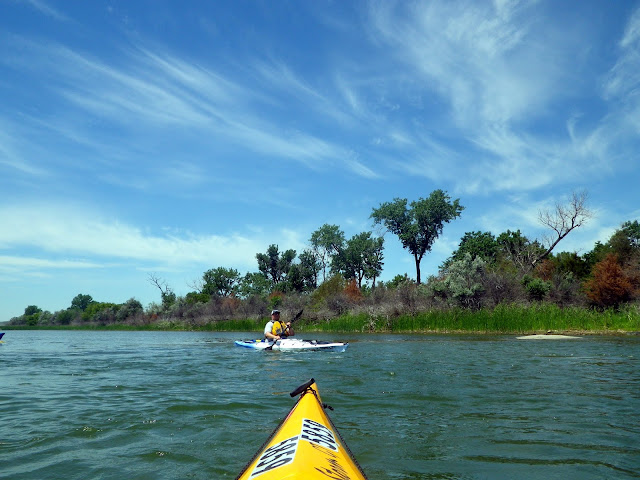 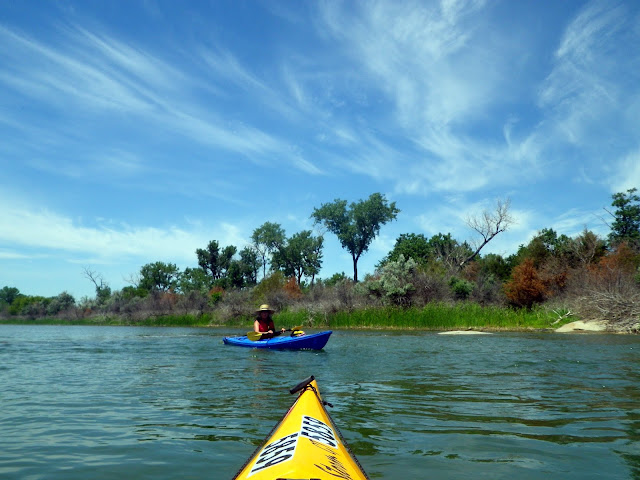 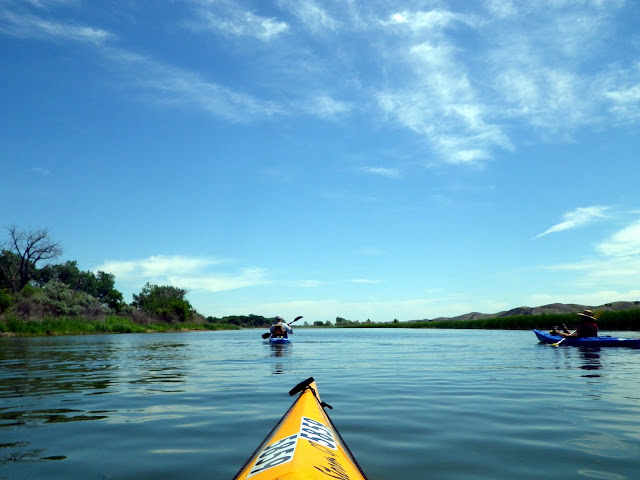 Posted by Patrick Wellner at 6:11 PM