Safety Boating for Triathlon and Legacy Park to Downtown Greenway

Yesterday morning I met up with other members of the South Dakota Canoe and Kayak Association to provide safety boats for the swim portion of the Wall Lake Triathlon. The triathletes were impressive. Nobody dropped from the race and only a handful needed to momentarily hang onto a kayak to catch their breath.. 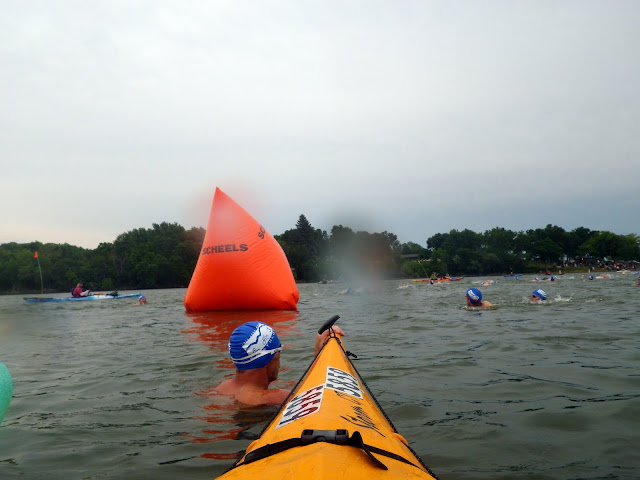 After the race, Willard Story, Cory Dietrich, Kati Albers, Roger Debates, and I went to Legacy Park to unload boats for a trial run of the upcoming Race To The Falls on August 25th. More information about the race should be available on July 2nd. While we shuttled vehicles, John and Jenn Geyer also joined the group.
Skunk Creek was at 4.6+ on the USGS gage and Cory told me that it is good above 4.5. Without rain, it could get pretty dicey by the end of August. The BSR was definitely low in places yesterday, but Cory told me that the city plans on releasing some water from the diversion dam to help with the race. I think the BSR will be alright and I am already thinking of race strategies. For instance, I may start with my Seven 2 paddle on Skunk Creek where the rocks and shallow water could be more prevalent and switch to the wing when I get to the BSR. Now back to yesterday's trip.
John and Jenn exited the river at the 26th St access, near their home. I foresee a new boat in their future, since Jenn struggles to keep up in her current boat. She did great in John's boat at the Niobrara, so who gets the new boat might be a tossup.
We continued on passing paddlers that were part of a group sponsored by a local bar. Some of them might as well have been using inner tubes instead of kayaks for all the paddling they were doing though.
It was a cool sight to pass from a wooded park area into downtown Sioux Falls on the river. I hope the river greenway area downtown gets lots of use, so the city continues to value the BSR, greenway, etc as the great assets that they are. 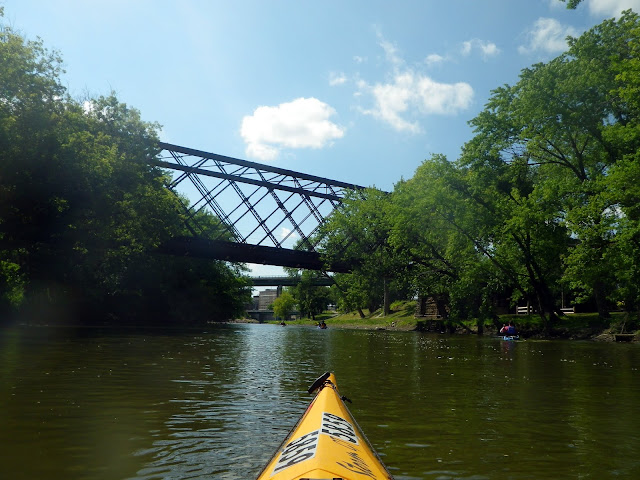 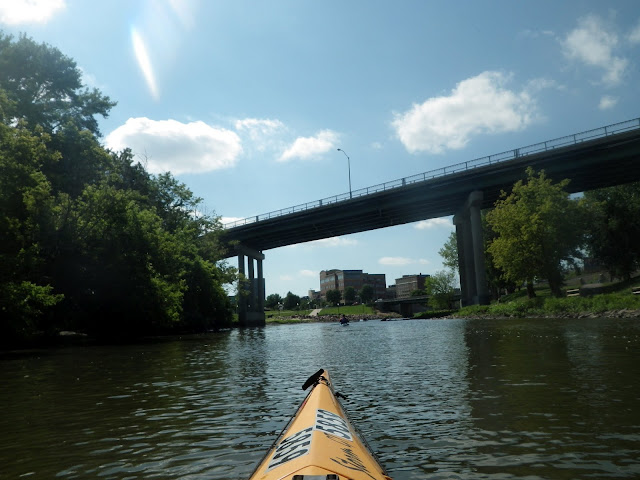 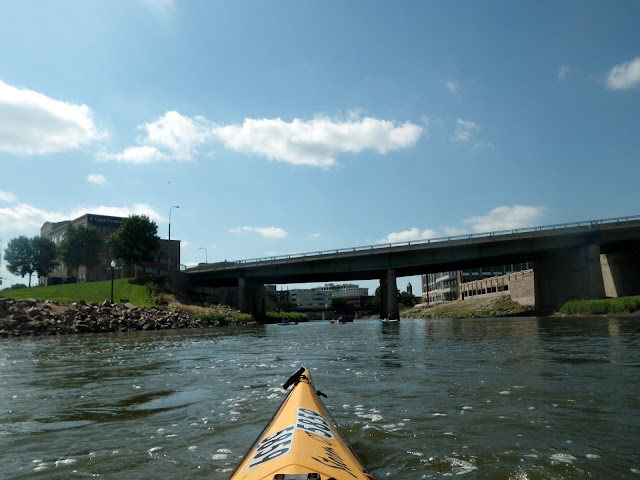 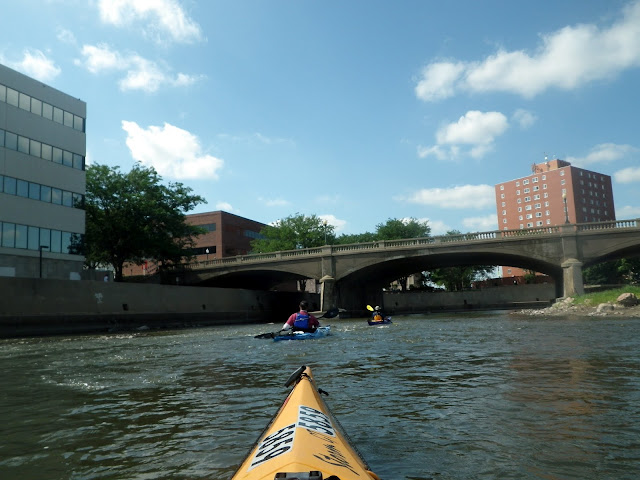 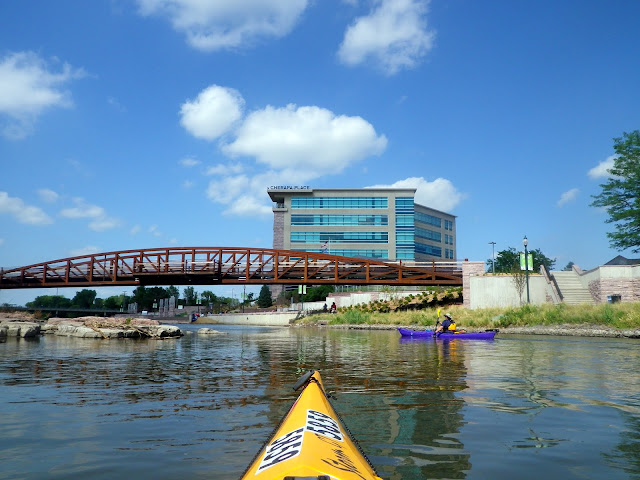 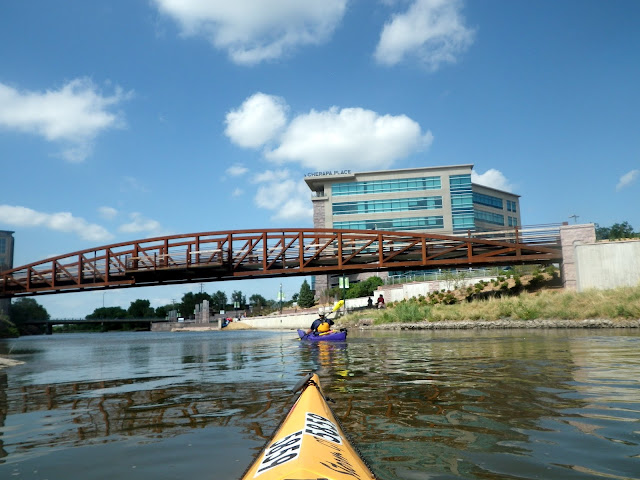 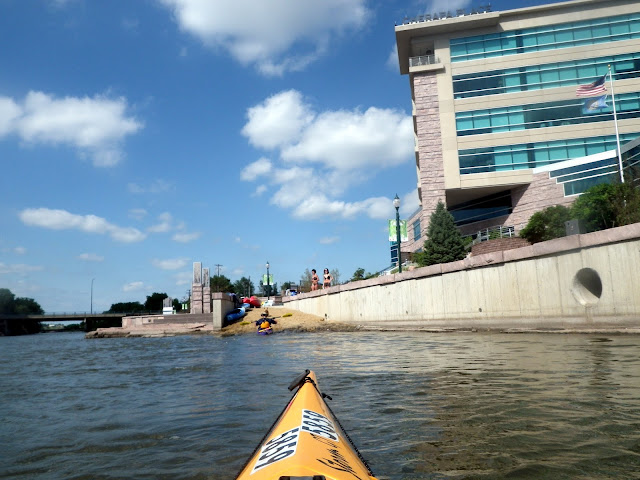 Posted by Patrick Wellner at 5:03 PM